Parents Teacher Meeting is designed to promote mutual harmony between the stakeholders for the betterment of students. The P.T.M is held thrice in a term. During this interaction the student’s progress is discussed in details. Outstanding students are awarded and remedial/corrective measures are taken for the weak students.

Any out of schedule meetings with the Principal, Coordinators, and teachers can be arranged by prior appointments, through lesson diaries. 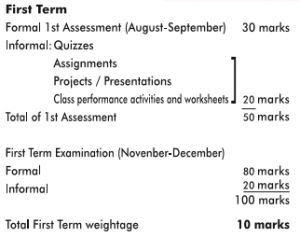 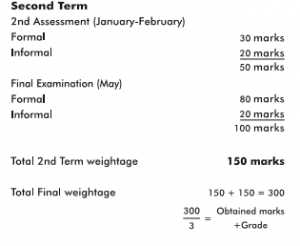 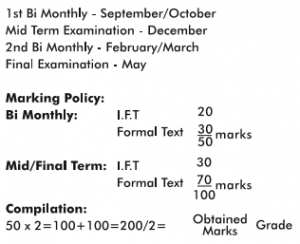 Cambridge O’Level results are shown by one of the grades A, A, B,C,D or E indicating the standard achieved, Grade A being the highest and Grade E the lowest, ‘Ungraded’ indicates that the candidate’s performance fell short of the standard required for Grade E. ‘Ungraded will be reported on the statement of results but not on the certificate.

Percentage uniform marks are also provided on each candidate’s statement of results to supplement their grade for a syllabus. They are determined in this way:

A candidate who obtains…

Candidates whose mark is none of the above receive a percentage mark in between those stated according to the position of their mark in relation to the grade ‘thresholds’ (i.e. the minimum mark for obtaining a grade). For example, a candidate whose mark is halfway between the minimum for a Grade C and the minimum for a Grade D (and whose grade is therefore D) receives a percentage uniform mark of 55%. The percentage uniform mark is stated at syllabus level only. It is not the same as the ‘raw’ mark obtained by the candidate, since it depends on the position of the grade thresholds (which may vary from one series to another and from one subject to another) and it has been turned into a percentage.